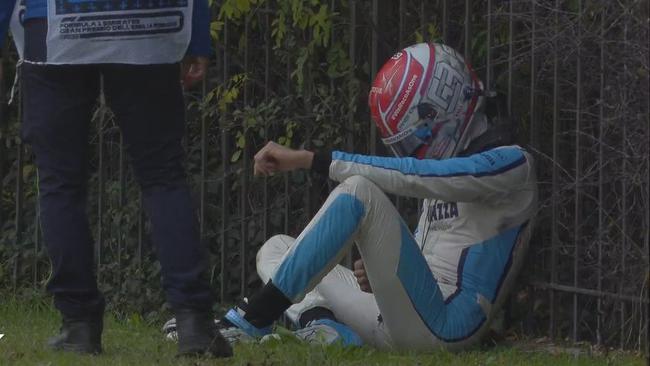 Williams Formula One driver George Russell said that a mistake in the back of the safety car that caused the crash to retreat was "sorrowful".

Russell was the first car lined up behind the safety car. He was trying to warm the tires but suddenly lost control and hit the wall. Russell said on Twitter: "I don't know what to say. No excuses. Sorry, guys."

This is the 34th consecutive time that Russell has participated in the competition but has not entered the top ten and thus cannot get the championship points. When asked that he must break the points shortage, Russell said.

"I don't know, I mean, don't make stupid mistakes like today." He said. "This is a race that I tried as hard as possible from the first lap. It was the most aggressive game I have ever done."

"I want to continue this behind the safety car because I know that the people behind me use hot new tires, and I use old tires myself. If I have a chance to get a point, I need to be super aggressive. ."

"Obviously, I messed up. As soon as the car got out of control, I was already in the wall. Obviously, I'm really sorry."